Let’s start with alternative energy sources. Also, they are called renewable energy sources, linking it with some features of this type of energy – the ability to infinitely replenished, unlike natural gas, coal, peat and oil which are exhaustible energy sources. That’s why, as you already guess, all that is not related to oil and gas: wind, sun, water, geothermal, inflows-outflows. Small-scale power can be based on any kind of a fuel, but the station should not produce more than 10 megawatts of electricity.

Alternatives for a better world

Why do we need it? We need it now only for one reason – all this types of energy are inexhaustible. So, if we will come to a special stage in the development of our mankind, when all of exhaustible resources – oil, gas, peat, coal – will disappear, we would be able to benefit from these sources. If we will be ready for this, especially with minimum technology and knowledge.

Why all this became suddenly so important and all the politicians, presidents and other people began to speak about this from the TV screens? All this is very simple. Oil and gas are running out. And all because of energy-importing countries (read: oil and gas) are trying to quickly cease to be dependent on exporting countries. Someone is trying to maintain low prices for energy sources, which leads to a similar political problems.

And some countries and people are trying to use independent sources of energy, given the particular geographical situation of their country. Somebody has a sunny days all year long – that makes solar panels with solar collectors on their roofs. Somewhere winds blow – it’s fine too. They are ready for using windmills everywhere.

Thera is a small energy also. What is this? It’s any generating machine with capacity of 10-15 MW. It’s very ease to use in a small towns where people simply have no need to build a more powerful power generators. 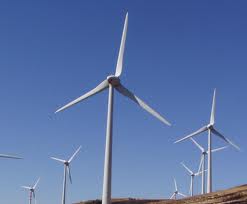 The question applies not only to extract electrical energy, but also to search for alternatives to gasoline for transport. Now we’re working for a so-called biofuel. It can be produced from almost from anything: rape, wheat, sugar beet, wheat, corn and so on. Biofuel technology is constantly improving. Markets for this type of fuel at the moment is virtually unlimited. The main and only problem of biofuels and renewable energy sources is money. Today, even taking into account environmental impact and sometimes more appropriate use of the above, the value of the received energy is much higher than traditional energy sources. Now this is a major problem and working direction for all scientists and engineers – to make new fuels economically viable to use.