It has been said over the years that houses need to breathe.

One of the first times that came up, according to Bill Rose in ‘Water in Buildings’ was during the 1930’s. It had become an argument between the house painters and those pesky Energy Efficiency Folks that were beginning to install insulation in the walls of homes. The 1930’s found our country in the middle of the Great Depression and who could blame folks for trying to save a few bucks! The painters were having problem with their paint peeling.  So they started refusing to paint houses with this new fangled insulation.  If you haven’t heard, insulation in the 1930’s was not new.

As an Energy Auditor, I have audited some old houses.  This past year, I did one that was build in 1912 – 100 years old! And a beautiful 1887, two and a half story Victorian. My friend John from Derby, CT works on old houses. He has found insulation in houses that are older than any houses than I’ve worked on. People have lived around Derby CT, for a few years longer than they have Derby, KS. John really likes his old homes.  He would tell you that one built in 1887 is still somewhat new.  His current project is reported to have been built in 1700, or it may have been 1667.  He is still trying to figure that one out. In some of his old homes, he has found original insulation. He is not sure about the R-Value.  That of course would depend on how well it was installed.  What were they using way back then for insulation?  Good question!  Since Derby, CT is near the Atlantic Ocean, they were using Seaweed!  An original all natural insulation! And, if it got wet, it doesn’t mold!

I think the phrase ‘houses need to breathe’ is somewhat misleading at best. It is the things we all cherish in our homes need fresh clean air.  So somehow, we who operate the building, we call home, need to make provision for a proper amount of fresh air.

Yes, air can come in when you go in and out the door. Maybe the question is, where is your door.  Does it go to a hall way in a high rise apartment building?  How about the attached garage?  What kind of fresh air might that be?  Can you open a window? Yes – many of us do!  Is that enough fresh air? Do you do it every day? Is it really fresh air? 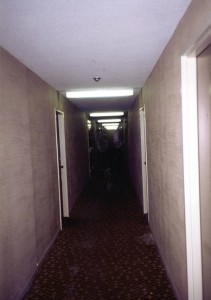 What about your window?  My bathroom window opens. When I do open it, and the dryer is running, the dryer exhaust comes right in?  How about that dryer sheet smell and the moisture and the lint?  Got a swimming pool, or several water features in your yard? What about living near a large pond, lakeside or near a creek or river? The higher humidity in these areas can actually be measured and can get trapped near the soffit of a nearby home. Is that part of your fresh air? 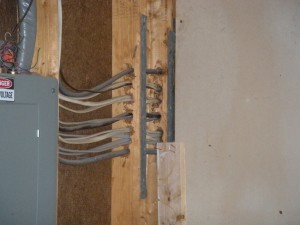 If you don’t make the plan of where and how much fresh air your home brings in, who does make the plan?  My guess is everyone does! Fresh air moves into your home, where it can find a hole. Since most attics are vented, they can provide a hole, then the electrician just drills his one inch hole and puts the half inch wire through it! And you have a hole. The plumber runs a sewer stack up the wall and out the roof. Did he seal around his stack? What about the furnace tech?  He runs a flue up through that attic, or out the rim joist. You can add Larry The Cable Guy, the IT Tech running Cat 5 cable, and the list keeps on going!

You choice now is: