Biofuel is a fuel from biological raw materials, as a rule – from an agricultural production waste. Biofuel consists of a liquid biofuel (for internal combustion engines, for example, ethanol, a biodiesel engine), and firm biofuel (fire wood, straw).

Growth of tariffs for traditional kinds of fuel motivates active introduction of alternative kinds of the fuel, from one of which became pellets or the fuel granules which have won a strong place in the world market of biofuel.

Fuel or wood granules (pellets) represent the pressed cylinders in diameter of 4-10 mm and length 2-5 sm processed from the dried up rests of a waste wood manufacture: wood sawdust, a shaving, a bark, knots, branches etc. The energy in one kg of wood granules corresponds 0,5 litres of liquid fuel. Except economic benefit, using of pellets promotes decrease in harmful emissions in atmosphere.

There are 2 kinds of a pellets. These are granules for heating of apartment houses which are called “white” because of a special whiteness. This qualitative kind of granules is on sale under higher prices, than granules for the big boiler-houses – industrial pellets, which, as a rule, has a bigger diameter, than “white” pellets. Industrial granules because of presence in them of a high share of a bark have no such white colour, as granules for premises. The parity of consumption of granules for private heating and industrial systems makes approximately 1:10. Only the small part of all wood granules maked out in the world is on sale through trading retail networks.

The price on pellets for heating of premises makes from 140 to 160 euros for ton. They are realised either in bags, or in special containers. Giving of wood granules in boiler-houses of large industrial objects and heating systems is carried out automatically. The price on industrial pellets is about 85 euros for ton.

Granules of the big sizes are called as briquettes. Fuel briquettes are issued on the special equipment. Also serially are issued the press which can simultaneously let out both granules and briquettes, and they are already used all over the world. Wood briquettes, as a rule, are used for household systems of heating and have the various sizes and the form. 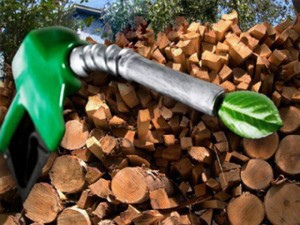 Cost of wood briquettes in the European market can sometimes be above cost of granules, but they occupy and considerably smaller segment of the market compressed fuel. The parity of releasing of fuel briquettes and granules in the world makes approximately 1:20.